Brothers Thomas and John Knoll created Photoshop in 1988. Since then, the application has become the industry’s leader, with the name itself even becoming a verb. How often do you hear someone questioning whether a photograph was photoshopped? Photoshop affected numerous design fields, including print and mobile app design.

Photoshop’s ability to perform jobs (creating UI buttons, photo editing, etc.) became its claim to fame. Sure, the Adobe Suite had many other applications, such as InDesign, Illustrator, and Fireworks, but Photoshop became widely used and celebrated. And why not? The Photoshop software became the gateway to the design industry; its program has a wide set of versatile tools, allowing the process of both editing a photo and creating an interface simultaneously.

Perhaps now the biggest question we face has to do with Photoshop’s relevance. Is Photoshop still the best tool for artists living in 2016 or are there alternatives to Photoshop to do the same job? I’ve debated with colleagues, discussed the subject with students, and spoken to those wanting to design in the industry. My answer is almost always the same. No. Let me explain why.

Designers today have a wealth of options at their disposal. This fact is often my biggest argument against Photoshop; it’s no longer the only resource for modern designers. The tools available today are fantastic for their designed purposes, and they have been fantastic for a while. With Photoshop being the most popular application, however, people often rely on the software they know rather than the best software for the job.

Today, with so many choices, we must look at three criteria before making a decision. First, what’s your personal preference? This is perhaps the most important aspect to choosing a software, because you will need to be comfortable with the program you’re using. Second, what is best for your team? A team should have a comfortable dynamic and tools for optimum growth. Lastly, what is the project at hand? Remember, your needs may differ, depending on your final product.

If you’re a visual designer, you probably appreciate the variety of options available for visual success—options other than Photoshop. Whether designing a website or a mobile app, you need something that can handle repetitive UI elements. Sketch is the most popular alternative to Photoshop, (but that’s no surprise, right?) After a few years on the market, Sketch is still going strong. With its focus on UI design, Sketch allows its users to begin making mockups right away. Hence Sketch’s popularity among visual/web designers.

What’s more, you’re welcome to prototype with HTML and CSS directly. There are some rapid prototyping tools out there, but if you know how to code, you don’t need them. Opening up a text editor does the trick more often than not, as long as you know what you’re designing. HTML and CSS design is extremely helpful when there is a framework. For example, if a company has a branded style guide in place for you, you can simply pull in different UI elements as needed. They come pre-styled, and you only need to arrange them on a page to your personal preference: very straightforward if you know what you are designing.

Adobe is even creating a Sketch competitor called Adobe XD, which works very similarly to Sketch. Unlike Photoshop, Adobe XD is focused only on making UI designs. The differentiator of Adobe XD is its ability to create prototypes out of your mockups. (Since it’s a new application, it’s missing a few features to which most Sketch users have become accustomed.) If you’re new to design tools, or coming from Photoshop, Adobe XD is a nice step up.

Fireworks, Illustrator, and InDesign are also available resources for visual designers. (Note: Fireworks is no longer supported.) You may want to check out Focus Labs, which posts several style guides in InDesign.

With graphics like logos, illustrations, or graphs, you may want to consider resources other than Photoshop. Illustrator, the longtime companion of Photoshop, continues to grow in popularity. People initially used Illustrator to make UIs as well as illustrations. In recent years, Illustrator has evolved into a powerful tool for artists, offering a variety of skill-sets to learn and master.

In the past decade, we have also seen the rise of iPad apps, such as Bamboo or Paper. These apps allow creation easily and efficiently. The fluidity of the tablet process works perfectly for artists trying to lay groundwork for creative concepts.

Change the Way You Alter Photos

As its name suggests, Photoshop was created for photo editing, a fairly new concept at the time of its origin. As technology has advanced, new photo-editing platforms have become widely available. Even mobile apps, such as VSCO, Snapseed, Instagram, SKEW, Mextures, and Litely allow editing on the go.

Desktop applications, such as Lightroom, Gimp, and and Affinity Photo also provide opportunities to revitalize photos to your personal brand and taste.

You may remember in the beginning of this post, when I mentioned choosing a resource that fits your specific needs. If Photoshop works best for you, then you have found your perfect resource. Having a variety of platforms available is a wonderful problem to have; you have freedom to experiment and choose your preference, on your terms.

Which Platform is Best?

In my own work, I often use a variety of platforms: Sketch for UI projects, Lightroom for editing, and VSCO for mobile images. At times I even use Photoshop, and I now have the freedom to choose it rather than relying on it exclusively. When picking your perfect programs, do research and consider your needs. Think about what’s best for you, your team, and your projects. Once you have done that, go play.

For more useful design tools, check out these posts: 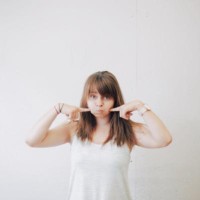 Paula is a freelance web designer who documents her travels with photos and words. She works with small companies that want to re-brand their online businesses to create products that change lives of their customers all in the hopes of gaining more customers and retaining their current ones longer.

Learn Photoshop: All of the Basics for Beginners

30 Awesome Tutorials That Teach You How to Create Photoshop Actions

Cinemagraphs: Awesome Examples & How To Make Your Own