The conversion rate is the most important statistic to any online business. Conversions mean that users and site visitors are buying what the business is selling, so a higher conversion rate means more business, more revenue, and access to a larger market.

Wordstream released findings in the spring of 2014 that showed the average conversion rate for websites is only 2.35%, yet the top 10% of websites with the highest conversion rates average at 11.45%. So how can you enter the top tier and nearly quintuple your conversion rate?

A large part of increasing conversions is effective web design. If users have a hard time finding and interacting with content, they’ll be less likely to sign up and continue using a product. So the first step is to hire a talented designer. Luckily, even if you don’t know much about design, there are plenty of resources out there to help you find the skill set you’re looking for.

Shorter forms lead to higher conversion rates. It’s as simple as that. If people have to fill out fewer boxes, they are more likely to do it. A converting form with a high rate of success only asks for the absolute minimum of information needed to provide the services promised with signing up. Get rid of optional fields, and don’t make users enter their password twice (instead, give them the option to show their password so they can check the spelling).

Shortening the converting form can be a two-edged sword however. Reducing the number of fields in a form increases the number of leads, but the quality of those leads decreases. Be aware of the trade off, and find the right balance for your business.

If you want a user to fill out a conversion form, dangle a carrot in front of them. Convince them why signing up is a good idea and tell them the benefits they’ll receive by doing so. Users won’t fill out a form unless they think they will gain from it. If possible, offer discounts or free giveaways as added encouragement.

3. Put The Form Below The Fold

I know you’re thinking, “but people don’t read below the fold.” Turns out, that’s not true. A lot of research suggests that most users scroll below the fold despite claims that the Internet would facilitate more frenetic behavior. Given that people are scrolling through web pages, it’s logical then that the converting form doesn’t have to be at the top of a web page to be effective. In a blog post by Kissmetrics, the marketing analytics company revealed findings that conversion forms below the fold lead to more users signing up. To quote the post’s author: “the issue isn’t whether the call to action is visible when your prospect first arrives. The issue is whether your call to action is visible at the point where your prospect has become convinced to take action.”

Some restrictions are unavoidable, but as much as possible, let the users handle things how they want to and don’t impose rules on them. This ranges from restrictions on usernames and passwords (eg. they have to include a symbol and be x characters long) to how users are able to input their birthdate (eg. must include /’s and full year, not ‘15). It’s a small detail, but giving users autonomy in how they fill out a form can go a long way to them completing it.

5. Help Users Fill Out The Form

Users make mistakes. If they happen to make one filling out the form, your design should provide clear signals to let them know that they incorrectly filled out part of the form and show them where the mistake occurred. Using directional cues like arrows and visual cues like color contrast and bolding can help mistakes stand out to users and make it easier to submit a form with correct information, benefiting both parties.

If possible, show user statistics on your conversion form. Herd mentality is a real psychological phenomena, and showing social proof is an effective way to convince users to fill out the converting form. Actual statistics of the number of converted users, user testimonials, or a banner of clients who have partnered with the business are all effective ways to show social proof of your product’s value and will increase the number of users who convert.

7. Tell Users What Happens Next

If users are filling out a form, they should know exactly what they will be getting from it. Make sure that there is information around the form that tells users what the perks are and a call to action at the top of the conversion form, reminding users what they are filling out the form for. Similarly, don’t let the submit form button read “submit.” Instead try to make it relevant to the product. For example, if you’re getting users to sign up for research access, the button could be “start researching now!” Find ways to reinforce why users should be converting to them, and you’ll increase your conversion rates.

Many forms ask for sensitive and private information, but they don’t offer any guarantees of information protection to the person that fills the form out. Some people won’t fill out a form for that reason alone, so link to your privacy policy within the conversion form. Giving people easy access to your privacy policy will make them feel more comfortable with giving away their information and more likely to submit any form.

Call users shallow, but good visual design is critical to higher conversion rates. People tend to trust things that are aesthetically appealing more than they would otherwise. A well-designed form is a single column of uniform fields, often set apart from the rest of the content on the page by being placed in a container. Contrasting colors are a good way to make the form stand out, and directional cues like arrows can also help draw user’s eyes to a converting form.

With these tips, you can put your business on track to increase its conversion rates, but know that some of these tips may not be right for your company. Optimization is an ongoing process, and there is no perfect solution. Use A/B testing to find out if these design changes actually increase your conversion rates and tweak them until you find the optimal combination of elements for your business. 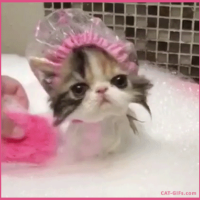 As a business author much of what James writes about is based on his own experiences—both good and bad—as the CEO and Co-Founder of 1stWebDesigner.