When was the last time you met in person with a client or prospect? That long, huh?

Like many freelancers, web designers understand the importance of networking. And in this digital age, most of us tend to do our networking online. It’s faster. It’s easier. But it’s not always the best choice.

The Internet is filled with advice on how to network online. There’s a good reason for that. There are at least half a dozen excellent social media tools available that can help you with networking. Each social site has its own set of rules and standards, so there’s room for plenty of articles offering advice.

In the rush to join the social networking crowd, many of us have neglected an old school networking technique that still works–face-to-face networking. If you rely only on virtual networking, you may be missing out on some great opportunities.

If you liked this post, you may also like Are You Overlooking These 5 Proven Methods for Networking Online?.

The Importance of Face-to-Face Networking

Face to face networking is important. Even the U.S. Small Business Administration thinks so. Read their tips on how to effectively network in person in this helpful post from Rieva Lesonsky, The Power of Face-to-Face Networking.

Some of the advantages you get from face-to-face networking include:

Despite its popularity, online communication is often misunderstood. That’s partly because most of the time we can’t see or hear each other when we communicate through the Internet.

Here are some more examples:

I learned about the problem with online communication early in my career when I sent a quick email to a colleague. My sentences were short because I was busy. Unfortunately, my colleague felt that my sentences were too terse. He actually thought I was angry. It took a long time for me to convince him otherwise.

Such misunderstandings occur less often in face-to-face communication. That’s because there’s a whole layer of communication that we miss when we communicate online–body language. (That missing layer is just one reason why it’s so important to be careful about what you say online.)

If understanding body language isn’t your forte, don’t worry. There are plenty of good guides out there. Here’s a helpful one to get you started (with pictures) from Adam Dachis on Lifehacker, How to Read Body Language to Reveal the Underlying Truth in Almost Any Situation.

Even if you mostly prefer to be alone, you probably want social interactions once in a while.

Loneliness is often cited as a major problem for freelancers. If you’ve come to freelance web design from a traditional office environment, making the sudden adjustment from working with others in an office environment to working alone from home can be quite a challenge. It takes a while to get used to not having anyone around.

Also, after a while, if you work from home, you can start to feel cooped up. Your home office, no matter how well it is set up, can start to fill a bit like a prison.

If you’re starting to feel lonely or are tired of being at home, that’s a sign that it’s time for you to get out and go somewhere. Meeting a colleague for lunch or working from the local coffee shop (where you can network with other freelancers) can provide a much-needed break.

Freelance web designers miss many opportunities for face-to-face networking. Here are some popular ways to connect with colleagues and prospects in real life: 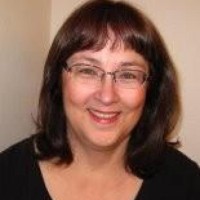 Laura Spencer is a freelance writer with over 20 years of writing experience. Laura has managed her own writing business since 2002, and her current writing specialties include: business writing, copywriting, and web content.