When it comes to displaying observational data, there is no better way than to employ infographic. Being a time-proven visual tool, it easily handles all the bulks of numbers by breaking them into digestible pieces and highlighting critical moments. Even several decades ago, when they look incredibly insipid and boring, much like the statistics that they were showing, they still won over regular textual presentation.

The time has changed, so have the infographics. They have grown up and matured, having absorbed all the tendencies on their way of formation. They have got a great face lifting and developed a dynamic behavior. They are managed to cover various spheres from business topics to humoristic ones. Thanks to modern technologies, they have become a powerful instrument that lets craft not only static image-based content-centered pieces but also interactive web-based projects, which in some cases linked to real live data. Today we are going to trace the recent history of infographics, showing the transformation from static to dynamic ones with the help of a dozen characteristic examples.

The infographic can be found on an official website of Princeton University. It looks dazzling and messy, yet still visually appealing and intriguing. It houses several types of charts, maps, densely packed information and graphics. While nowadays it may seem a bit primitive and oversimplified, however back in 2003 it was certainly considered to be a masterpiece.

The infographi? owes its beauty to timeline concept. It is sleek, elegant and neat, even despite the fact that lines and captions are intersected thereby producing a bit cluttered feeling.  Maybe it is not as informative as the previous example, yet it has an engaging idea skillfully brought to live that even now feels modern.

The infographics of 2010 begin to look close to the contemporary ones.

This one capably combines various types of charts and map, strikes the balance between the graphics and content, incorporates lots of spacing to make viewers feel comfortable and employs coloring to put accents. Although it is not so bright and impressive as we are accustomed to seeing, yet its gloomy atmosphere and modest illustrations help to convey the seriousness and tragedy of the event.

Aftermath of the Haiti Crisis – Infographic

This was one of the first interactive infographics that was available as a typical web page. It was built with the help of HTML5 and CSS3 and included carefully-crafted graphs and images. Although it did not have dynamic features nor fancy animations, everything was static and immovable. However, it was a big leap forward, which marked the beginning of the era of web-based infographics.

One of the first dynamic infographics were created as videos. This particular example lasts two minutes and includes simple graphics and smooth transitions between slides. All the information is briefly displayed. Just sit, relax and enjoy the stream.

Video Infographic about the Corruption

Just How Big is Apple

The infographic is based on a long single-column layout where each bulk of data has its section and a set of icons and graphics. The data is briefly showcased with the help of various visual instruments. The artist leverages mockups of devices and characteristic background to tie the brand and the piece together. In the whole, the work exudes an image of authority and sophistication.

Just How Big is Apple – Infographic

The infographic is massive and content-intensive, yet this fact does not bolt online audience away, on the contrary, it awakens an intense curiosity. The design leverages bright coloring, yet it is pretty soft and eye-pleasing. Each portion of text is carefully delineated and accompanied by the corresponding illustration that adds to intuitive exploration. Everything is so juicy and appealing that it draws the attention right away.

Secrets of a Killer Blog – Infographic

Much like the majority of websites in 2014, this masterpiece is driven by parallax effect. The latter activates all the tiny effects that charge the page with motions and give it a particular spice. The design leverages cloth textures, stitched details, and ribbons resulting in a powerful skeuomorphic-inspired feeling with artistic appeal.

This infographic is overpopulated with fully illustrated scenes that are partially set in motion. It is a union of charming digital drawings and robust charts and graphs that together take the presentation of statistics to the next level. The vectorized approach does the trick, producing a comfortable environment that makes the project look modern and hip.

The project is a symbiosis of the infographic and visual storytelling experience. It is realized on the basis of horizontal scrolling that gently leads visitors through the whole story. Here beautiful illustrations are bolstered by tiny dynamic touches and tooltips that hide an extra information. In such a way, the artist is managed to transform the exploration into a genuinely entertaining process.

Fans on the Move

The platform is a fully interactive and makes use of real data. Not only does it portray movements of the fans depending on the particular event, but it also provides users with extra information. You can choose the date or an event in order to get acquainted with the skillfully presented statistics.

More sleek, flat or semi-flat, elegant infographics with a well-balanced structure and roomy feeling have followed the vibrant, energetic and multimedia-rich ones. They look modest, yet more vector and cartoonish that is of great benefit to it. Each one has its personality that is hard to resist.

This is another interactive project full of dynamic features and exceptional images. It is also a successful alliance of a timeline that is the simplest way to shape and organize statistics and visual storytelling experience. Pulled by a standard vertical scrolling that takes users from top to bottom, it familiarizes visitors with the impact produced by women in an engaging way.

The great thing that infographics are subject to trends and readily undergo changes. They are constantly improving, becoming better and richer from various angles. They have overcome a way from static to dynamic and still remain true to itself. Whether they sink into oblivion or continue pleasing visitors with creatively dished up statistics, only time will tell.

If you are hankering for more samples visit these two incredible galleries: Daily Infographic or Cool Infographics. 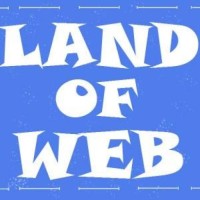 Nataly is an internet entrepreneur and an amateur web designer and developer from Sevastopol, Ukraine. She is running a blog for web designers and developers where you can find some inspirational and useful stuff. In her spare time she reads books, unveils the secrets of the world and plays volleyball. Visit her blog or follow her on twitter