Personalities in the web space have become the norm with social profiles and international design conferences. But with so many designers out there it’s tough to wade through everyone.

In this post, I’ll share the top 20 most influential web designers in the industry that deserve your attention. If you’re looking for unique voices in the design field then this list has a lot to offer. 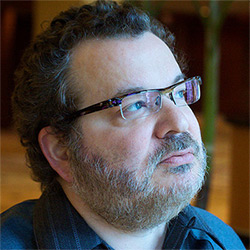 Everyone working on the web should know about Jeff Zeldman. He’s been on the web for over two decades being the founder of A List Apart which is a web design & web standards magazine. This started as a simple newsletter in the late 90s and quickly grew into a solid resource for designers & developers.

He is a huge advocate for usability and accessibility often speaking at major conferences around the world. Check out this deeper interview with Jeff as he shares his journey working on the web. 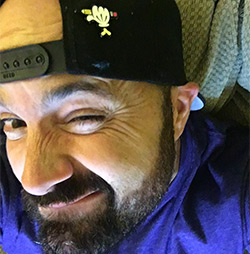 My favorite designer hands down is Rogie King for his energy, style, and diverse depth of knowledge. Rogie works in both areas of UI design and frontend development, plus he’s a skilled illustrator too.

He tweets a lot @rogie about various things from design to goofy pictures and inspirational advice. But you can see lots of illustrations and design work on his Dribbble profile which is guaranteed to keep your face glued to the screen.

Designer Brad Frost is the creator of atomic design and all the concepts that follow it. He’s a skilled designer going beyond traditional design and code to look at the architecting process of a typical website.

He does a lot of speaking and workshops where he shares advice on design patterns, atomic design, and structuring websites in an easy-to-follow manner. You’ll find a lot more on his personal site or you can follow his updates on Twitter @brad_frost.

The UK is full of great designers and Andrew Clarke is one of the best. He’s the art director at Stuff & Nonsense where he’s worked with many large brands. He also does a lot of writing on larger blogs like 24ways and A List Apart sharing his advice for young designers.

Andy is the author of Hardboiled Web Design, an enticing book made for newcomers looking to learn the fundamentals of HTML and CSS.

His social updates are less frequent than others but his unique writing style is worth reading whenever you can find it. 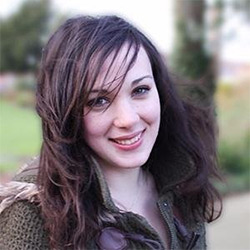 Digital designer Laura Elizabeth is a growing name among web designers. She has done a few conferences in the past along with being published on major blogs like Smashing Magazine.

Laura specializes in UI/UX design for the web and talks about the minutiae and details found in day-to-day design work. If you want to keep up to date with her writing & talks you can follow her on Twitter @laurium.

Talented designer Jacob Cass works with clients all over the world ranging from smaller companies to big brands like Sweet’N Low. On his site JUST Creative you’ll find lots of quality examples in his portfolio.

He gave an interesting TEDx talk on personal branding back in 2011 which is still one of my favorite creative talks. Jacob doesn’t have too much video content online but you can follow his thoughts on Twitter @justcreative. 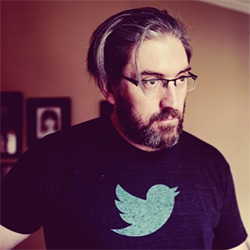 Canadian designer Jon Snook has over 20 years of experience working in web design and frontend development. He’s the creator of SMACSS along with another book called The Art and Science of CSS.

Jon does a lot of speaking and writing on his personal blog. He also shares thoughts on Twitter if you’re willing to follow him @snookca.

The moniker of Mike “Creative Mints” is rather unusual but it’s easy to remember. I still can’t find his full last name but Mike is easily the most talented designer I’ve ever seen bar none. He keeps a low profile online but his personal website is full of incredible work.

Most people actually know Mike from his Dribbble account which is in the top 3 most followed profiles on the entire website. Most of his shots feature illustration work along with design work so he’s a multifaceted designer with skills in many areas.

Veerle Pieters is a Belgian designer with a very large following. She does lots of icon & illustration work along with digital UI design. You can check out her personal site to see work samples and to read through some of her blog posts.

She does a lot of writing online for major sites like Smashing Magazine. You won’t always find her name plastered on design conference websites but she’s a designer worth following. Take a peek at this lengthy interview with Veerle if you want to learn more about her life & work.

Digital designer Cameron Moll now works as a design lead at Facebook. He has over 10+ years experience working in the design world and he frequents many popular design conferences.

This is a name you probably won’t recognize but it’s a prominent one in the design space. He’s the founder of Authentic Jobs and an active proponent in the digital UI/UX design community. If you want to learn more you can follow his updates @cameronmoll. 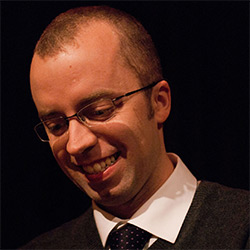 This may be an overzealous statement, but I’d argue that Ethan basically invented responsive web design. Whether this is objectively accurate is debatable. But he did write the earliest article I can find on responsive design back in 2010, followed by a complete book covering responsive web design first published in 2011.

Ethan speaks at many design conferences talking about the future of responsive design and web accessibility. His voice is truly unique in the modern era of design and you should definitely check out his site to learn more.

Dan Cederholm has built a lot of cool web projects, the most popular of which is Dribbble. Dan has years of experience working as a designer and developer with solid knowledge in both areas.

But his unique viewpoint of the design community comes from running Dribbble. It’s the best digital portfolio site as far as quality and userbase. Dan shares his knowledge through conferences and blogging on his website. He also shares frequent updates on Twitter @simplebits. 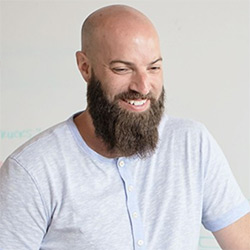 Bill Kenney is one of the founders working at Focus Lab, a large creative studio based out of New Jersey. Bill is one talented designer and I think his work speaks for itself.

You can learn a bit more on his bio page and by skimming around his Dribbble portfolio. Most work is commissioned through Focus Lab but he also infrequently shares personal projects on Twitter @billskenney.

Another UK-based designer Simon Collison is a well-known name among web designers. He’s worked at agencies and worked freelance, and has over a decade’s worth of experience building digital projects for the web.

He also does a lot of speaking and writing on the web covering topics on design and the future of web accessibility. You can keep up with all his activities by following on Twitter @colly. 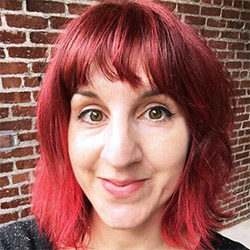 Some of her writing has been published in larger blogs like Fast Company and A List Apart, not to mention dozens of similar publications. And she even runs custom workshops teaching web animation for designers of all levels.

If you’re even remotely interested in UI/UX animation for the web then you’ll want to keep up with with Val’s work. To learn more check out her personal site or you can follow her updates on Twitter @vlh. 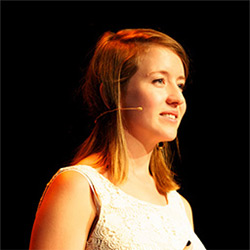 Meagan does a good amount of speaking at design conferences but she’s a designer first and lecturer second. Check out her portfolio site to see more of what she does. And if you want to see detailed work samples then her Dribbble profile is the place to be.

You might have heard of a cool podcast called The Web Ahead talking about modern tech and the future of the web. This is hosted by designer Jen Simmons who does a lot of speaking and writing in the design world.

She’s also a designer advocate at Mozilla and has worked closely with other big brands like Google, the W3C, and even CERN out of Geneva. To see more of her writing and her upcoming speaking arrangements check out her portfolio site brimming with links and further info.

Like most designers on this list, Adrian is more than just a designer. He does a lot of writing on his personal blog and has even been published on larger sites like Smashing Magazine and Fast Company. 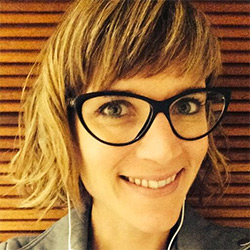 Digital UX designer Brynn Evans belongs in this list for her prolific portfolio and depth of work in various fields. She does a lot of speaking and manages workshops teaching UI/UX design in different areas from web to mobile.

Brynn also co-founded a few UX-oriented projects like XX+UX and SketchCamp. You can find lots more info on her personal site with work samples and links to past writing.

Lasltly I want to feature Jeff Broderick for his lengthy list of contributions to the design space. Jeff is a talented digital UI/UX designer and has created a handful of awesome tools like Doc Sizes and NoMoreBanding.

He doesn’t do much writing elsewhere but he frequently contributes to online conversations and shares other awesome tools on his Twitter @brdrck.

All of these designers are simply fantastic at what they do and each person offers a different perspective on the design world. If you’re looking to follow professionals in the design field for advice or inspiration then you should check out every single person in this list.

Get the Free Resources Bundle!

Includes more than 100 vector design elements you can use in your own projects (including commercial projects). Total value of more than $90!

Jake is a writer and user experience designer on the web. He currently publishes articles related to user experience and user interface design. Find out more on his website or you can follow his updates on Twitter @jakerocheleau