Missing a deadline isn’t ideal in any line of work. For freelancers and agencies, however, it’s especially bad. Your clients often don’t have much context for judging you and your reliability, so even though on the whole you might submit your work when you promise you will, the specific customer may only know you’ve blown past one of the two due dates you promised them. Your on-time submission rate is 99%—but in their eyes, it’s a dismal 50%.

Of course, occasionally missing a deadline is inevitable. It doesn’t need to spell the end of your relationship with the client in question. In fact, you can submit late work without any negative consequences if you use these five techniques.

1. Communicate Early and Often
There’s nothing less reassuring than radio silence from your freelancer followed by an announcement at the last minute their work will be late.

If your client is getting frequent updates, on the other hand, they won’t feel ambushed by an eleventh-hour delay.

At the beginning of the project, agree upon a mutually beneficial schedule for checking in. This schedule will depend on the project’s length, complexity, and requirements, as well as their desire for involvement. In general, the bigger and costlier a job is, the more often you should be updating your clients.

What if it’s too late—you haven’t been sending updates, and you just realized you’re going to miss your deadline? In that case, let the client know as early as possible. The second you figure out you won’t make it, email or call them.

2. Apologize and Throw In a Freebie

A little genuine regret goes a long way. Whether you’re explaining the delay over the phone or via email, make sure you say “My apologies” or “I am so sorry.”

If your delay will be relatively inconvenient, costly, or both to your client, it’s also a good idea to offer a freebie. Most people will be mollified by this gesture.

To give you an idea, you might say, “My apologies for missing the deadline. I know this will make it harder for your team to make your own deadline. I’d like to take 10% off of my rate for the project to make up for the trouble I’ve caused.”

Providing a discount isn’t your only option. You can offer to do extra work at no cost, promote your client on social media or another public channel, or refer them to potential customers or useful contacts.

There’s usually a fairly good reason you couldn’t finish when planned. Perhaps you’d underestimated the amount of prep work you’d need to do, or you’re waiting on a crucial piece of information or deliverable from another team member, or something unexpected happened in your personal life.

Without complaining or volunteering personal information, you should let your client know what happened.

Here’s an example of the wrong and right way to do this.

Wrong: “My car broke down on Tuesday, and then my graphic designer quit on Wednesday, and I didn’t have time to start the project until Friday.”

Right: “We agreed I’d send you this work by Saturday. Unfortunately, a couple unexpected things happened at work that prevented me from starting when planned.”

An explanation—even if it’s vague—makes clients feel like you’re not just blowing them off for no reason. Plus, having extenuating circumstances suggests missing your deadline was a one-time occurrence rather than a trend.

4. Explain How the Final Deadline Will Be Impacted

To put your client’s mind at ease, you should provide a new deadline. Freelancers are often tempted to choose an ambitious one since they feel guilty about being late in the first place. But if you miss the second due date, you’ll permanently lose your credibility. It’s better to be conservative and then submit your work early than commit to a deadline you can’t meet.

Additionally, you can ask your client if they’d like whatever work you’ve already finished now and the final deliverable later.

Here’s how you might frame this part of your explanation:

“Right now, I’ve completed roughly 80% of the wireframing. Would you like me to send over the mock-ups I have so you can start reviewing them and putting together your feedback? I estimate I’ll have the remaining 20% done by Tuesday.”

If you’re working on a multi-stage project with several mini deadlines and one final deadline, you should tell the client how the total timeline will be impacted. Ideally, you’d work more quickly than planned during a later stage so you can stick to the original due date. But if that’s not possible, your client definitely needs to know.

5. Figure Out What Went Wrong

This last step is one of the most important. Almost every mistake is preventable—and if you figure out how to avoid committing the same one in the future, this experience will have at least one positive outcome.

Was your plan unrealistic? Were you working with unreliable team members? Did you accurately estimate the scope of the project? Could your client have been more supportive, communicative, or clear?

Once you’ve identified the core issue, develop a plan for preventing it. Consider communicating this plan to your client if you’re planning on working with them again: This may restore some of their faith in you and prove that you’re taking the error seriously. 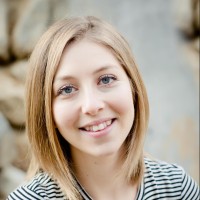 Aja Frost is a freelance writer specializing in business, tech, career advice, and productivity. Check out her website or say hi on Twitter.