Google has always preferred mobile-friendly web pages, but it has now gone a step ahead and made mobile SEO practices a factor in page ranking. What’s interesting about this update is that Google announced it well in advance. In fact, Google announced the so-called Mobilegeddon on February 26th and specifically gave April 21st as the date of implementation. This is uncharacteristic of Google, which often brings about algorithm changes without any warning. It went as far as to provide us with the Guide to Mobile Friendly Sites, a Mobile-Friendly Test, and the Mobile Usability Report. Google also revealed that it would now “surface content from indexed apps more prominently in search.”

Upon implementation, Google clarified that this latest update would:

• Affect rankings on mobile devices: This means that the desktop ranking of the same website will remain unchanged.
• Impact results of all global languages: Of course, this refers to the fact that the update will affect pages published in every language and across national borders.
• Influence individual pages: Rather than consider the entire website as a whole, Google will gauge the mobile friendliness of each web page separately and rank it accordingly.

On April 21st, Google further clarified that epic content would still rank high depending on whether the search query is present in the web page. The search engine also allayed many webmasters’ fears by revealing that websites which are not yet mobile-friendly can make appropriate changes and ask Google to re-crawl them. Therefore, if your rankings have been affected by the new update, there’s still time to set things right again with mobile SEO.

Seven Days After the Mobile-Friendly Update

To track the effectiveness of the recent Google update, Moz tested it. It chose 10,000 keywords and extensively tracked their mobile SERP. The tracking revealed that the first day of Mobilegeddon saw a slight hike in mobile search engine rankings. The next day saw a much bigger jump though. On April 22nd, there was a nearly 18 percent hike in mobile traffic when compared to desktop traffic for the same keywords. April 24th saw the largest spike in mobile SERP, but there was also a spike in desktop results and the cause wasn’t related to the update.

If the algorithm had no effect on web page ranking, the ranks would have remained the same when comparing desktop and mobile results. This was not the case. While the desktop SERP results remained constant, the mobile results grew following April 21st. Although the increase was not overly dramatic, it was on a consistent uptrend when compared to previous days.

Moz furthered its experiment by converting some of its pages to a mobile-friendly design. Within just a few hours of doing so, the pages surprisingly sported the “mobile-friendly” tag within the Google search results. This fact indicates that Google is actively recognizing this update’s transition and indexing web pages consequently. This is great news for websites that have been late in recognizing the importance of mobile SEO in today’s smartphone age.

According to statistics released by Search Engine Watch on April 27th, there was a drastic decrease in the number of web pages that weren’t mobile-friendly in SERP results. The decrease was 17.3 percent on the first page, 20.7 percent on the second, and 25.2 percent on the third page of Google search results. The branded searches remained wholly unaffected.

The Side Effects of Mobilegeddon

Essentially, the Google mobile-friendly update has sent out mixed signals in the SEO world. The Mobilegeddon update should probably be given more time before we pass judgment about its efficiency in ranking websites. However, it wouldn’t be false to predict that almost all websites will be mobile-friendly in the near future thanks to Google. Does that mean all websites will be held equals in the growing mobile cyberspace? The obvious answer is no. Certain basic factors like relevancy, off-page SEO techniques, and on-page SEO tactics will still matter.

Parameters specific to mobile friendliness include having texts large enough to read with ease on a smaller screen, not having to scroll horizontally to read content, using plug-ins compatible with all mobile devices, placing hyperlinks far enough about for convenient clicking, and offering speedy fast page load times. To see how your web pages are faring, you can use the Mobile-Friendly Test by Google or the Mobile Usability Report in the Google Webmaster tools.

It’s clear that mobile SEO is quickly gaining ground in importance. Google officially announced on May 5th that mobile searches have now outnumbered desktop searches. Remember that Google classifies tablets together with desktop computers, so mobile searches are only limited to smartphones. Google takes into consideration searches conducted through its mobile browsers and specialized browsing apps.

Data from the last quarter of 2014 had shown that desktop searches dominated the scene with a 45 percent share. If this new claim is true and we believe it is, the surge of mobile searches has been phenomenal over the last six months. In fact, the prevalence of searching on mobile devices has increased exponentially from just 12.6 percent in the last quarter of 2014!

The Mobilegeddon update isn’t the only incentive behind using mobile SEO tactics for creating a thriving website today. Here are some interesting facts for you:

• About half of all local searches are conducted through smartphones.
• More than 233 million people access Facebook through their mobile device.
• Over 87 million people access Twitter away from their desktop.
• Conversion rates drop by seven percent with a single-second delay on mobile pages.

If your website is encountering problems in transitioning to mobile SEO, the following are some helpful steps you should consider taking.

Mobile-friendly websites can run on one of three configurations. You can have a responsive web design, dynamic serving, or separate URL format. Let’s examine each of these more closely.

It’s essential that you remember Google has no particular preference on mobile SEO configurations. As long as the website is mobile-friendly and working properly, it should perform well. Select whichever fits your page’s needs most appropriately.

Make certain that your website’s Java script, image files, and CSS aren’t blocked so that all three can be subsequently crawled through “Fetch as Google.” Use the Mobile-Friendly Test to guarantee that Google is viewing your website as mobile-friendly. If you’ve opted for separate URLS, then you should also ensure that the redirects are going in the right direction. Check the desktop and mobile pages’ URLs to avoid errors that can cause backlash from Google as well as website visitors. Through Webmaster Tools, you should also monitor the functioning of your robots.txt for optimal mobile SEO ranking.

Keep These Other Points in Mind

Considering the fact that the update is recent and the study was conducted in a week, long-term effects cannot be studied yet. So far, results have been largely inconsistent. The update will likely take longer to actually kick-in full force, but mobile SEO is the future of search engine optimization. Keep your website ranking high in Google and other engines by following the above mobile SEO steps towards success.

For related articles, take a look at: 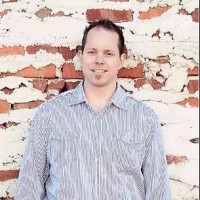 Shane Barker is a digital marketing consultant that specializes in sales funnels, targeted traffic and website conversions. He has consulted with Fortune 500 companies, Influencers with digital products, and a number of A-List celebrities.

Google’s Mission to Speed Up Mobile: is AMP the Future of Web Design?

What Makes a Google Friendly Site?

Google’s Supplemental Index: Get Out and Stay Out

How To Use Webmaster Tools: A User’s Guide to Google Search Console