After five years running the online-only t-shirt company, Lonely Kids Club, Warwick Levy opened his first brick and mortar store this year. It’s a huge feat, especially for someone who describes himself as “the most disorganized, useless dude ever.” Levy is not a morning person. He’s not much of a mid-day person either. He doesn’t fit the mold of the stereotypical, up-and-at-em entrepreneur: the dogged business yogi with their life planned out on the latest calendar app.

And yet he’s managed not only to run a successful business; (within an oversaturated market no less) he’s managed to grow it, all while remaining committed to handmade local production with zero sweatshop involvement, a principle that sets the company apart from competitors while posing an added set of challenges.

Obviously, Warwick would have never reached such a milestone if he wasn’t doing something right. His process, while atypical, benefits from flexibility, and can accommodate sudden bursts of creativity.

“I’ll probably only start actually working around 10am, and I’ll make myself create a to-do list that I’ll get done,” Warwick says. “But then I’ll randomly smash out heaps of work from 8pm-3am. I’ll just do whatever when I feel like I need to.”

Warwick doesn’t rely on productivity apps or organizational tools. He doesn’t always plan out the week, or even the day. Sometimes he’ll make to-do lists and tick them off; other times he’ll think up an idea for new products, get samples made, and push them live the same day.

“This can be great,” he says, “but also a bit silly, because if I planned out the year better I could do more thought-out photo shoots and better promoting.”

Warwick founded Lonely Kids Club in 2011, and marketed the company primarily through Facebook and Instagram. To promote the store’s launch, he created a Facebook event, invited all of his friends, and then asked them to invite all of their friends. The event drew 450 people overnight.

“This was 2011 so I think Facebook felt different then,” Warwick says. “This was also before online brands had really expanded into a bigger concept, so it seemed super exciting at the time. It’s all become much more accessible since, which has led to both way more cool exciting brands launching, but also makes it harder to stand out.”

Although Warwick still leverages Facebook and Instagram for marketing purposes, he has recently experimented with a much more unusual approach. Not long ago, he installed a live chat application on the company website—a tool typically used for customer or technical support—and soon found himself engaging in long, personal conversations with users.

“I have all these really deep conversations that last for hours at a time,” Warwick says. “It’s fun. People come on and we can talk about anything. I think only 10% of the conversations are even based around the clothing.”

“We talked about life in general, how we both grew up, and got deep about future plans and how obsessed everyone is with having every single part of their future planned out in advance, even though so many factors will come in and change things that we don’t know about right now. We were on the same page, I think.”

Warwick may be flexible in terms of workflow and marketing, but when it comes to business ethics, he remains steadfast.

“If you’re small-time and choosing to stay ethical you will struggle to compete with the bigger companies who mass produce in bulk and usually use slave labor. They’ll be making the products so much cheaper than you, and if you sell more, a lot of people will call it out and try give you a hard time about it. It’s hard to explain to people that they’re supporting ethical trade and saying no to slave labor—which is a good thing, and something we need to fight for.”

Staying ethical in the clothing industry compounds the already significant challenges inherent in any business, but again, Warwick makes it work.

“You gotta do what you believe in.” 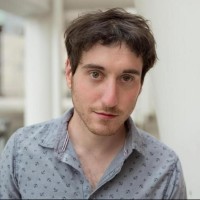 Josh Kraus is a Chicago-born, Denver-based writer and mediocre autobiographist who likes making stuff. When he's not writing, he attends to his t-shirt business, Bird Fur. Find him at joshkra.us and birdfurtees.com.

How A Company Blog Can Improve Marketing Efforts

Web Designers, Are You Missing Out on Crucial Face-to-Face Networking?