Thinking of getting inked? Welcome to the (pretty large) club of tattoo enthusiasts! It’s been estimated that more than 45 million Americans have at least one tattoo and one in three young Britons have gotten inked.

But there’s a dark side, too.

With the number of tattoo lovers going through the roof, it is getting increasingly difficult to find a unique tattoo design that would save you from an awkward “who wore it best” moment.

If you’re going for an old school tattoo, you know what to expect: beautiful roses, swallows, skulls, and ships. In the last few years, however, we’ve seen some new, enticing trends emerge and win over the hearts of tattoo artists and tattoo seekers alike: watercolor, botanical, geometric and minimalistic tattoos and most notably, quotes.

In general, tattoos have become mainstream. And despite some (often generational) negative connotations, tattoos are now a widely accepted form of art and self-expression. People of all walks of life choose to write their stories on their bodies.

Amongst the most common reasons why people decide to get tattoos:

Whatever your reason for getting a tattoo, there’s something for you here. We’ve gathered a bunch of beautiful tattoo designs to ignite your imagination and help you find the next inspiring project to pursue.

Crush On You by tattooist_doy

Daughters of the Ocean (via daughtersofthesea.tumblr.com)

Around the World by soyfelizstudio 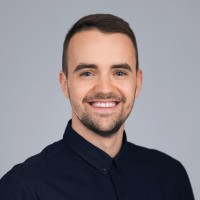 Developing a Client Process from Inquiry to Project Completion

Standing Out in a Crowded Blogging Market

7 Tips for Closing the Sale

5 Communication Tips for Freelancers and Designers

The Role of Web Design in Conversion Rate Optimization